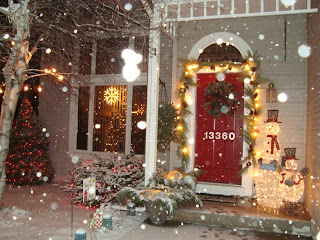 In the last few days much good cheer has been sent over Twitter.  Everyone has been sharing resources and greetings with one another.  Have are some of the most memorable for you to enjoy this year and tuck away for use in years to come.  Merry Christmas everyone from my home to yours.  Xena and I wish you the very best.

I never get tired of seeing how creative people are with books.


Who knew about this?  I can't wait to share this with my students.


The magic of Christmas just gets better and better.


"There IS a Santa, and he speaks every language" (even ASL!) ow.ly/gkrd0 via HuffingtonPost #EdChat
— Oakland Schools (@OaklandSchools) December 24, 2012


Lovely lights around the world...


Truly a wonder of wonders in the world of children's literature this year...


Another way to follow Santa Claus on his journey of journeys


I've read quite a bit about this but interested to listen to this later on today.


I have to add this tweet, even though I highlighted it already, because I completely agree with what Mr. Schu says and because Mr. Schu is like Santa Claus all year long to all readers everywhere.


This man never rests when it comes to sharing resources.


This appeared on Twitter a day after Christmas but was good enough that I have added it.

This is going to be an annual read for me.  I have never read anything quite as beautiful as this.
Click on the tree to read the letter.  Thank you Martha Brockenbrough.