A Reflection On Blogging, Books, And Reading

I started this blog in 2008.  I had one single post.  It was two sentences long.  I skipped 2009 completely.  The following year there were ninety-one posts.  I began in August, working my way through a web 2.0 tutorial called School Library Learning.  My posts were a collection of book recommendations, web site how-to instructions and evaluations and even thank-you videos to those wonderful volunteers who made every single one of my book fairs a success.  My two most popular posts that year referenced virtual post-it boards PinDax (not sure if it's still active) and Wallwisher (Wall Wisher) which has become Padlet and a post on eBooks.

In 2011 my most popular post featured three websites providing information about a holiday, Halloween Happenings---Now or Next Year.  The first link no longer appears to be working but Larry Ferlazzo and Richard Byrne are still active in the field of education and technology.  Also, that year I began a weekly feature, Twitterville Talk, where links to the best Twitter had to offer in a given week, in my humble opinion, were provided.  (How did I ever keep up with this?)  My final Twitterville Talk #144 was posted on March 22, 2014. 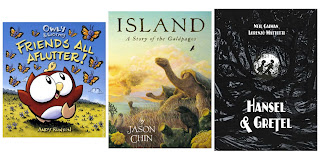 For 2012 the three posts read the most were Perfect Picture Book Pleasure, a highlighting of Andy Runton's Owly & Wormy: Friends All Aflutter! and a post showcasing Pikochart and eduClipper (now participate).  In 2013 the top post for a book was Island: A Story of the Galapagos by Jason Chin.  The most read post about a website and technology was about Kahoot! A post celebrating the birthday of Scholastic's Ambassador of School Libraries, John Schumacher, was the most popular post other than a book recommendation or a discussion about a website in 2014.  Neil Gaiman's interpretation, Hansel & Gretel, was the top book post and the post about Flipgrid was the most popular website and technology post. 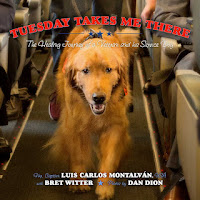 The most popular posts in 2015 were about books, probably for the reason my focus shifted entirely toward children's literature.  The most hits were for Sweet Dreams Picture Book August 10 for 10 #pb10for10  Tuesday Takes Me There: The Healing Journey of a Veteran and his Service Dog was by far the most popular post in 2016. 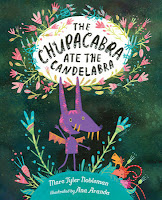 The posts with the most hits in 2017 were varied.  A tribute to Amy Krouse Rosenthal was highly visited.  The Chupacabra Ate The Candelabra written by Marc Tyler Nobleman with illustrations by Ana Aranda was the book which garnered the most responses.  Two author chats with Thyra Heder and Stacy McAnulty were well-read.  The most popular post in 2017 was Mock Caldecott 2018.

The fiction picture book blog posts with the most views in 2018 were This Is The Nest That Robin Built written and illustrate by Denise Fleming and The Rough Patch written and illustrated by Brian Lies. The book trailer premiere with an interview by the author with the most hits was Cute As An Axolotl: Discovering the World's Most Adorable Animals written by Jess Keating with illustrations by David DeGrand. The most popular cover reveal was for Mission Defrostable (Lady Pancake & Sir French Toast) written by Josh Funk with illustrations by Brendan Kearney.  This contains an interview with the author.  A post featuring girl power in graphic novels was well-received.  A year-end post about middle grade novels (thirty-eight) attracted a lot of attention.

For multiple reasons, I am sure, the number of visits to this blog have diminished the past several years.  When this blog was started it was to inform visitors whether they were students, educators, parents or people who enjoy children's literature and educational websites.  It evolved into a place centered solely on children's literature, specifically book recommendations, cover reveals, blog tours and book trailer premieres.  In taking responsibility for the decreased visits, lack of consistency would be one reason. Considering that, I will be posting as consistently as possible on Tuesdays, Wednesdays and Thursday each week.  I am giving myself permission to pursue other endeavors on the other days of the week.

I don't believe I will ever tire of talking about children's literature and honoring the work of authors and illustrators in my posts.  We are truly fortunate to experience the fruits of their labors; many of them years in the making.  They are dedicated creators . . . every single one.  I hope you will continue to benefit from what I write for you here.  I will always be grateful for your support.