For many residents of the United States, especially those experiencing blizzards less than a week ago, it’s hard to think of the arrival of the vernal equinox.  Regardless of the mounds of snow observed around our homes, a shift in seasons is coming in two days. This means winter’s rest is ending, albeit slowly.

It’s a time of fresh new beginnings.  Birdsong swells as many return to their seasonal homes.  Tiny bumps of fuzz pop out on pussy willow branches. Once the snow completely recedes bulbs nestled in the cool, dark earth push shoots upward revealing their brilliant greenness.  To further herald spring it’s a distinct pleasure to host children’s literature creators Jamie Michalak and Bob Kolar at Librarian’s Quest. They are collaborating on a new early reader title, Frank & Bean.  We are excited to reveal the cover but first let’s get to know Jamie and Bob and their work on this book a little bit better.

It’s a pleasure to meet you, Jamie and Bob.

From your previous titles, Jamie, I know humor plays a big part in your books.  How did you decide on these characters and their names? Would you tell us a little bit about their personalities?

I didn’t have to look far for inspiration when it came to the characters — I live with them! My youngest is chatty, like Bean, and obsessed with donuts, drums, and anything loud. My oldest is more like the quiet, outdoorsy, oatmeal-loving Frank. I’d wanted to write a book starring food, and once I hit on the names, Frank and Bean popped into my head.

As keen observers of life, I realize author’s glean ideas for their books just about anywhere. How was the focus of this story formed? Did a single incident supply the spark?

I was inspired to write this book after seeing many children, including my own, on phones and other devices. I wondered how they’d cultivate their imagination and create when they’re never bored. At its heart, Frank and Bean is about sparking creativity by carving out the quiet space needed to hear the stories within. I hope this book will inspire kids to write their own story, poem, or maybe even a song like Frank and Bean’s!

Reading the title, Bob, without any images, readers initially will have no idea of the physical characteristics of Frank and Bean.  Would you tell us how they developed? Which one did you visualize first, Frank or Bean?

Frank came first. A walking talking hotdog seemed pretty normal in my world. I had to decide whether he would have a bun or not.  He just seemed naked without it. Bean was a little more difficult. The size relationship was throwing me. A bean is usually much smaller than a hotdog. I guess a bean doesn’t usually go camping, ride a motorcycle, eat donut holes, and play the trumpet either. He ended up being a really huge bean.

Did the manuscript dictate the setting shown on the cover?

Yes, it’s a camping in the woods adventure story.

What medium did you use for the cover and the artwork within the book, Bob?

Oh, I’m totally a Bean. I’m loud and annoying. I spend most of my time having fun or thinking about how to have more fun. I have a short attention.... hey look, a squirrel!! What was the question?

Which character resembles you, Jaime?

Frank. I have a secret notebook and love the outdoors and quiet time, too. But my good friends are wild and crazy Beans, and I never pass up karaoke.

Just for fun, what is your favorite comfort food, Jamie?

Like Mercy Watson, I love hot toast with a great deal of butter on it. Some of my all-time favorite memories are of eating freshly baked bread. (Oh my gosh, I really am a Frank!)

I really like food.  I like almost all of it.  Breakfast foods are all definitely in my comfort category. If I had to pick one, it would be a piece of sourdough toast. (only because I just had one and I have that short attention span)

Thank you, Jamie and Bob, for taking the time to chat with me about this brand-new book you are making together.  I have been waiting to reveal this cover so I can hear peals of laughter resonating around the planet. I can’t even think about it without laughing.

Here’s to the arrival of spring in two days. 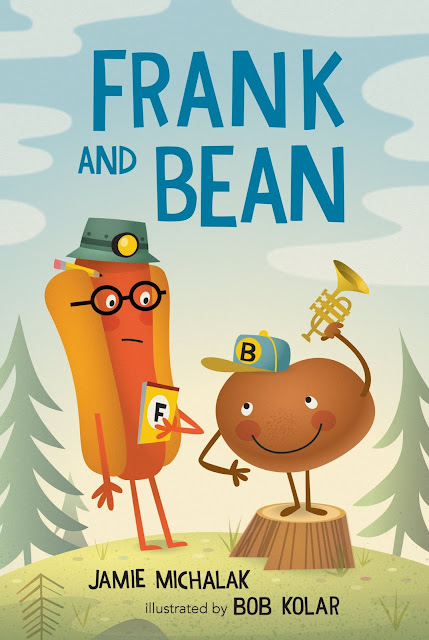 This title published by Candlewick Press is set to be released on October 8, 2019. 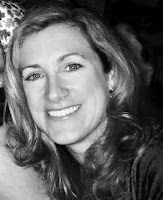 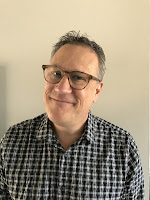 Bob Kolar is from Cleveland, and now lives in Kansas City with his wife Lisa. As a kid, his big dream was to be a jungle guide, astronaut, or a farmer. So, naturally he went to art school and became an illustrator, designer, and writer. He did a corporate job there for a while, but now he just creates books, toys and fun stuff for kids. Bob also teaches a little bit at the Kansas City Art Institute.