Those Poetry Taggers Are Back 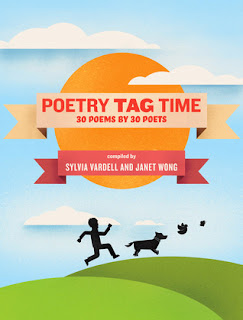 While I've been living under a rock, the team of Sylvia Vardell and Janet Wong, the instigators of the first ever electronic-only anthology of poems for children, PoetryTagTime, about which I posted in March of 2011, have been busy bringing together the best of the best in the field of poetry to create two new anthologies. 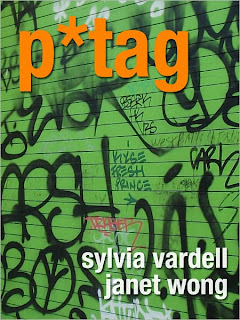 The poems in p*tag are in a word, stunning.  They touch upon moments, memories and moods that are a reflection of the souls of teens; the sweet realization that your band is finally in the groove, first love, contemplation on finding beach glass, luck, listening and so much more.  As I read each of them silently I felt the urge to read them aloud; to hear the rhythm of the words and feel their meaning surround me.

There are seventy images on this blog from which the poets selected their specific one.  Viewers are urged to pick one of the photographs and write about it themselves.  Wouldn't this be a great idea in the classroom?--have students take photographs writing a poem about any one of them except for the one they took.  We haven't even had a decent snowfall yet and here I am looking forward to National Poetry Month in April already. 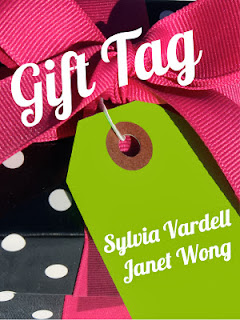 This time the rules are:  choose a photo from the Gift Tag photo blog, write about what popped into your mind when you saw the photo and keep your poem short--10 lines (max), and no more than 25 characters (with spaces) per line.  The goal is for each poem to be read in its entirety on a Kindle screen.  There is also a key word or phrase that connects one poem to the next.  Nearly all of the images were again taken by Sylvia Vardell. Each of the poets, as before, include a short explanation of what prompted the writing of their poem.

Join the chorus of poetic voices, read about:  how we fit together like a hand crafted potholder, a childhood purchase, what if you are a present, snowy treats, sledding at night, a spin of the dreidel, cookies or gifts full of promise and love.

Each of the anthologies is followed by information about the individual contributors and links to their web sites.  The cost for these electronic-only anthologies is $2.99.
Posted by Xena's Mom at 6:24 AM