Yesterday as Xena and I left the house for our morning walk, branches swaying on the maples and pines in a stiff breeze, a raven glided over our heads.  Taking advantage of the more active than normal air currents, it quickly swooped up and away with outstretched wings.  I couldn't help but wonder about the view up there.

I'll never forget the year I won a ride on an air balloon one of the teachers owned in the school where I was the teacher librarian.  My fear of heights vanished as I slowly moved over area landscapes marveling at the herd of deer in a wooded area caught unaware.  With this experience in my memory, for a brief moment I felt a kinship with the raven. 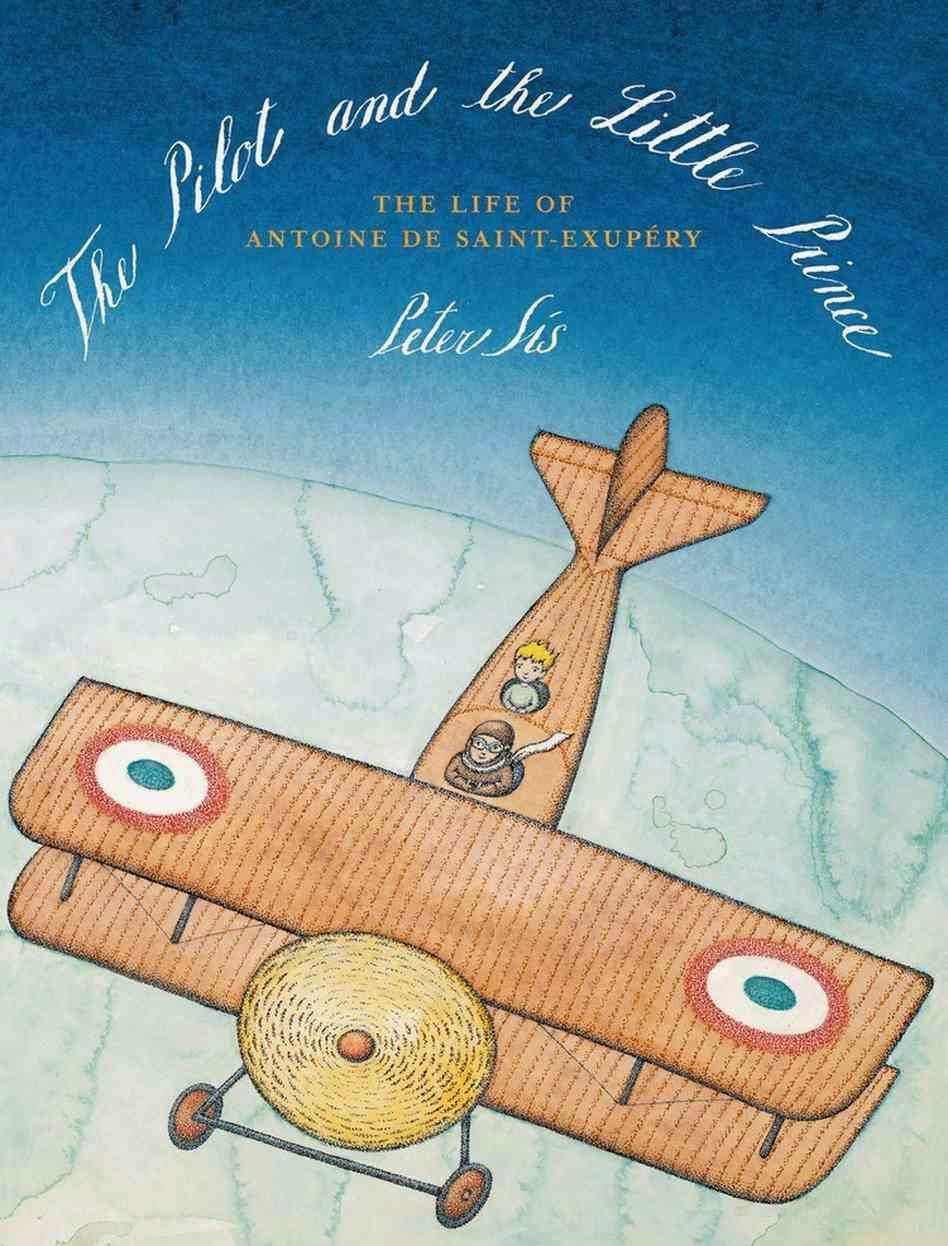 In the early 20th century the invention of the airplane and subsequent flights fueled desire to soar over land and sea in a young boy.  This man's life as a pilot and author is brilliantly and beautifully portrayed in The Pilot and the Little Prince: The Life of Antoine De Saint-Exupery (Frances Foster Books, Farrar Straus Giroux) written and illustrated by the award-winning Peter Sis.  Like the raven Antoine De Saint-Exupery's life sailed on air, moving up and down but always rising again.

Long ago in France, at the turn of the century, a little boy was born to be an adventurer.

The middle child of five, Antoine had golden hair; earning him the family nickname of Sun King.  Before he turned five, his father passed away unexpectedly.  By the time he was twelve he had tried to fly by adding wings to his bicycle and finally convinced a pilot at a nearby air field to give him a ride in his plane.  For Antoine this experience would drive his waking dreams for the rest of his life.

Two years of required military service began as part of the ground crew in aviation.  Antoine was not deterred taking lessons on his own time.  Several years and various jobs later, he became excited by the news of a company starting up a mail delivery service by air. To his great joy, he was part of the first members of the Latecoere.

Working his way up through the ranks, Antoine was finally given the assignment for taking mail from France to Spain.  From there he would travel throughout Europe, along the West African coast, and even plot routes to South America.  For some time he was stationed at Cape Juby in Morocco.  The solitude of air flight and living in a shack by a desert inspired this pilot to write about his adventures flying.

Despite the company's closure, upon returning to France Antoine continued his exploits in the air and in writing.  With the advent of WWII, he was again flying to serve his country but the Germany occupation changed his status in the military and he fled to the United States for several years.  It was while he was in New York City, The Little Prince was written.  His love of country, his love of family, led Antoine De Saint-Exupery to do his heart's desire for the last time on July 31, 1944.

We have all heard the phrase lost in a book but at the conclusion of reading this title, I literally felt like I was traveling back to the here and now from the past.  The methods used by Peter Sis to acquaint readers as fully as possible within the pages of a picture book with this man's life are like piecing together a puzzle, a puzzle we are anxious to complete.  Along the bottom of each page is the running narrative.  Above this, woven into the illustrations, are some of the choicest bits of information about Antoine De Saint-Exupery's life Peter Sis uncovered through his research.  We get a true sense of this man's accomplishments and pursuits.  Here is an example of an interesting character trait, a habit he developed.

Antoine liked to read and write while flying.  In South America, he worked on his next book, Night Flight.  His cockpit was filled with crumpled paper.


The dust jacket, an illustration covering the front and the back, of sky and the rounded shape of land, with Saint-Exupery and the Little Prince flying together, is only the beginning of one masterful illustration after another. The endpapers in a rich royal blue with outlines in a lesser shade picture the two hemispheres of a globe with a plane circling across the top, going down, and then looping back up.  Print coming from the back creates a path.  On the closing endpaper the direction is reversed.

The exquisite intricacy of each illustration (all two pages with three exceptions) causes readers to pause, studying all the details and the text within each.  Sis uses circles to frame many of his smaller pictures found around the larger visuals.  There is meaning in every single element.

Shades of brown, blue, green, gray, golden yellow and black are predominant on all the pictures except for the portrayal of the German invasion of France during 1940 when red, black and gray are dominant.  The three wordless illustrations are breathtaking as is the final artwork.  One of my favorite visuals is of Antoine's return to France.  A light silhouette of his body, arms outstretched holding a paper as if he is flying, is superimposed on an map of Paris.  This, done in blue, is placed on a light green background.  Around this center item are fourteen circles of varied sizes with smaller pictures inside.  Tiny explanatory text follows their edges.  The layout and design are impeccable.


No one tells or illustrates the story of another's life like Peter Sis.  The Pilot and the Little Prince: The Life of Antoine De Saint-Exupery is a remarkable book.  Please share it with someone as soon as you can.  Then go do it again.  There is a selected bibliography as part of the verso.

I have embedded a link to Peter Sis's website in his name.  This link takes you to the publisher's website so you can look at some of the pages from the book.  You will certainly enjoy this interview, In The Cockpit, Gazing At Stars: Saint-Exupery's Life In Pictures, with Peter Sis at NPR's All Things Considered.
Update: Peter Sis:  Why I made The Pilot and The Little Prince - in pictures.

Visit your public library or local independent book store to get your copy of this book.  I purchased my copy from McLean & Eakin Booksellers in Petoskey.


I am happy to participate each week in the 2014 Nonfiction Picture Book Challenge hosted by Alyson Beecher at Kid Lit Frenzy.  Be sure to check out the books highlighted there by other bloggers. 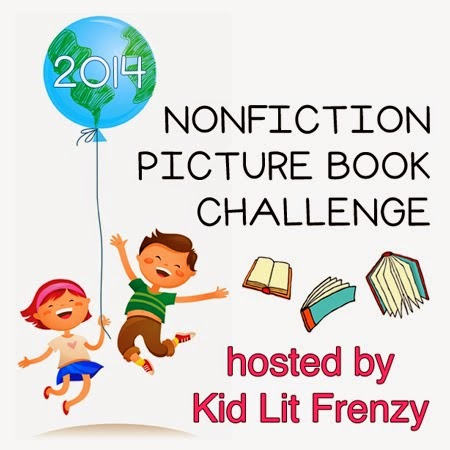