Bursting Forth From The Blizzard Is...

Although it's winter in northern Michigan, a strange sight was seen in our neighborhood yesterday morning, a snow plow.  Usually we don't see a plow in our neck of the woods until late afternoon; when the school buses have already dropped the guys and gals back home.  We must be last on their route due to the closeness of the county garages.  There really hasn't been much snowfall lately either. 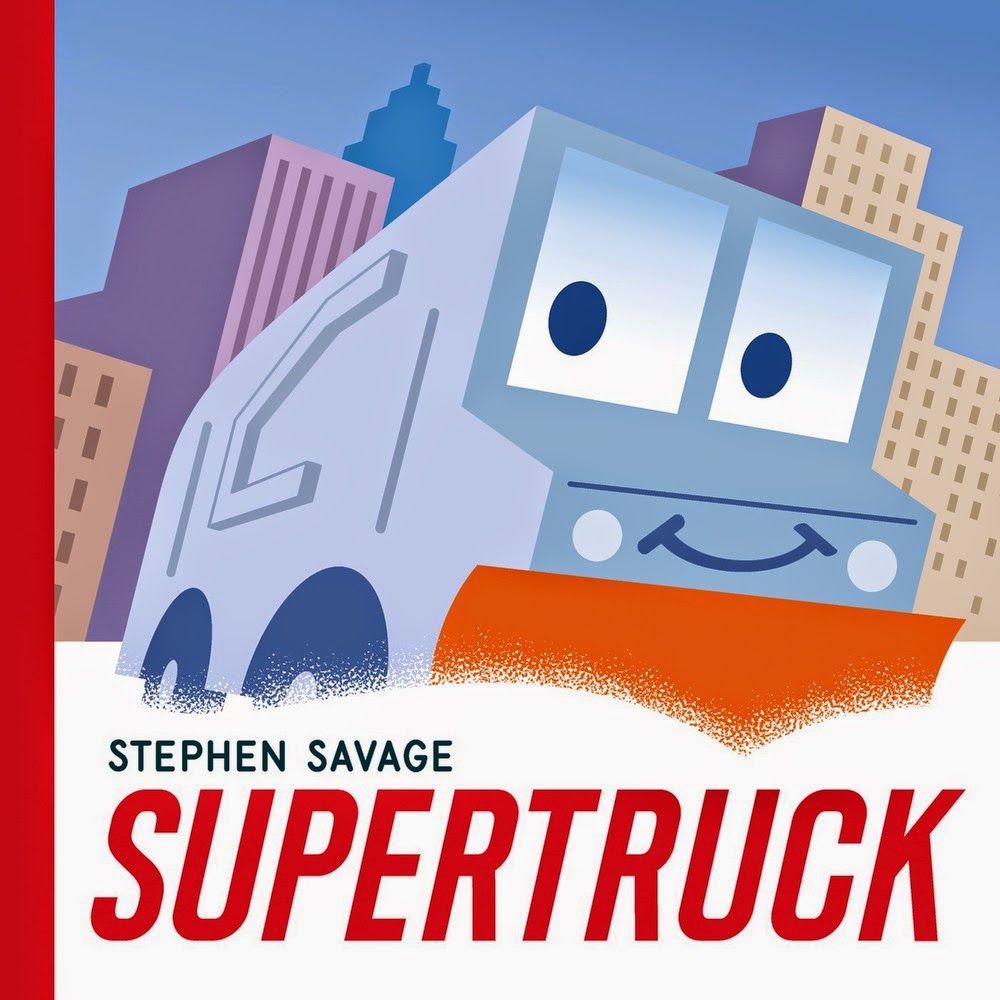 What was really surprising was the size of the plow on the front of the truck.  It was so big it could have been used in the last Ice Age.  It was gargantuan.  I began to wonder what this driver and his truck knew that the meteorologists were keeping from us.  It is evident this truck must be related to the new character in Stephen Savage's latest title, Supertruck (A Neal Porter Book, Roaring Brook Press, January 6, 2015).

The city is full of brave trucks.

Each of the trucks in the city has specific acts of valor for which they are noted.  The green truck with the bucket on top can reach to fix power lines.  A hose shoots out water from the red truck to put out fires.  A hook and winch help the blue truck tow away stranded vehicles.

One truck in gray and white simply picks up the city's garbage.  This job, mostly behind the scenes, steadfast day in and day out, is not noted as being particularly gallant.  An evening in winter is about to reveal another side to this ordinary truck.

It begins with a few fluffy flakes tumbling from the sky.  The snow keeps falling until it gets deeper and deeper.  Life in the city comes to a standstill.  The green, red and blue trucks are stuck.

In the darkest part of the night, one truck, a gray and white truck, makes its way to a garage.  WHOA! Out of the doorway emerges SUPERTRUCK!  With a big orange plow on the front he trudges through the city.

Roads, avenues and streets are cleared through his single-wheeled efforts.  The other trucks marvel at his magnificent moves.  Who is this truck?  His secret is tucked away inside one lone garage on a deserted pier as the garbage truck makes his daily collections the next morning.


Simple straightforward sentences written by Stephen Savage introduce readers to life in the city dependent on the heroism of the trucks.  The first four followed by a question set the calm pace.  It's one word in the sixth sentence, just, which sends out a clever possibility, a shift in the story.  You get the feeling there might be more to this truck than meets the eye.  As the momentum builds with the arrival of the blizzard we know something is going to happen.  We keep turning the pages to discover the truth.  This is wonderful!


The pull of the rich bright red cloth spine with the silver lettering made me eager to open the book case.  The blue gray of the grinning Supertruck on the front supplies the background on the back.  A wheel with Supertruck in white acts as a frame for a frontal view of him happily plowing through the snow.  Another shade of vivid blue/purple is used for the opening and closing endpapers.  Kids' hearts of all ages are already humming.  On the title page Stephen Savage places an image beneath the text of white eyes, headlights, peering from a darkened garage on a pier with the cityscape in silhouette behind it.

Rendered in pencil, paper, stylus, tablet and currants (for the snowflakes) all of Savage's illustrations span two pages with the exception of the first and final pages.  On those readers are treated to circular pictures; the first in sunny yellow featuring the first three trucks, the second in the dusky blue evening, snow falling as the garbage truck goes into the special garage.  Simple lines and geometric shapes convey the essence of the city and the trucks.  The bird's eye views of the city are graphic gorgeousness.

Each of the vehicles is given eyes and mouths to convey emotion.  A carefully placed squirrel and bird perched on a fire hydrant add to the reality of each scene.  The fact that Savage gives the garbage truck glasses makes my superhero-comic-book-loving-self sing especially when they are not shown as Supertruck dons the plow.

One of several of my favorite illustrations is when the garbage truck is moving through the snow toward the garage on the night of the blizzard.  In the background is the lighted bridge.  A glow illuminates the doorway.  There is a look of determination on the truck.  The colors in this image are shades of blue and purple with snow falling everywhere. (Cue: Superman music)


You don't have to be a fan of trucks to love Supertruck written and illustrated by Stephen Savage.  Heroes come in all shapes and sizes but the one thing they have in common is their huge hearts.  I can almost hear the theme song now...by day a trash-picking garbage truck, while the city sleeps in the dead of night while the winds of a snowstorm howl it's Supertruck to the rescue.  I think I need to create a list of huggable books or a shelf on Goodreads.  This title would definitely be placed there.

To learn more about Stephen Savage and his other titles please visit his website by following the link embedded in his name.  I have reviewed Where's Walrus?, Little Tug, and Polar Bear Morning. Though mentioned in an earlier post please follow this link to an outstanding interview of Stephen Savage at author and blogger Julie Danielson's Seven Impossible Things Before Breakfast.  Teacher librarian extraordinaire and blogger at Watch. Connect. Read., John Schumacher chats with Stephen Savage about this book here.  It is in this chat that Savage reveals his illustrative techniques for this title.  To see eight images from the book go to the publisher's website.

Stephen Savage was kind enough to respond to an email.  Here are three photographs on the currants he used to create snowfall in his illustrations.  Red pepper flakes and cereal simply would not supply the same effect.  If you visit the publisher's website you can see the final result. 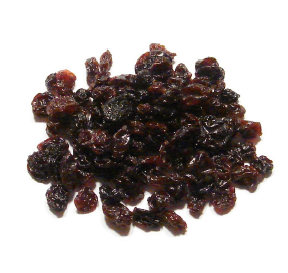 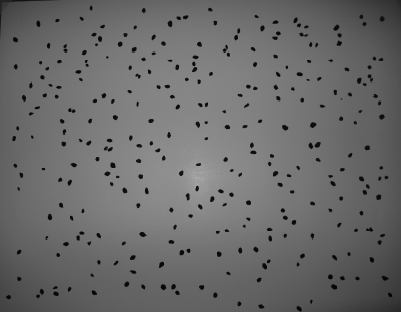 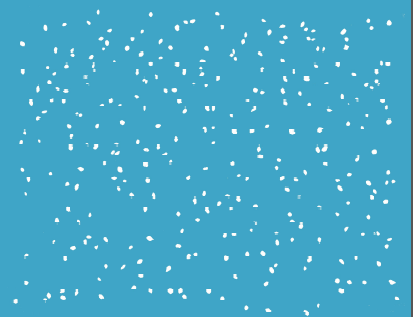