A Nose So Bright 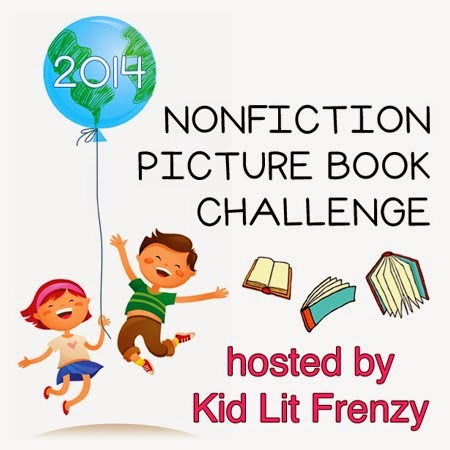 One of the best things about participating in the 2014 Nonfiction Picture Book Challenge each week is learning something new.  This challenge hosted by educator Alyson Beecher at Kid Lit Frenzy has enlarged my world in the most unexpected ways.  After reading my choice, without fail, I continue to do research about the subject.  This exploration of information leads from one thing to another.  I find myself checking and rechecking facts to uncover the truth, making sure my sources are reliable, just as I have instructed my students to do for years.  This week's selection is hardly nonfiction but it prompted a beloved song which Melville Dewey would certainly assign a nonfiction number in the 700s. 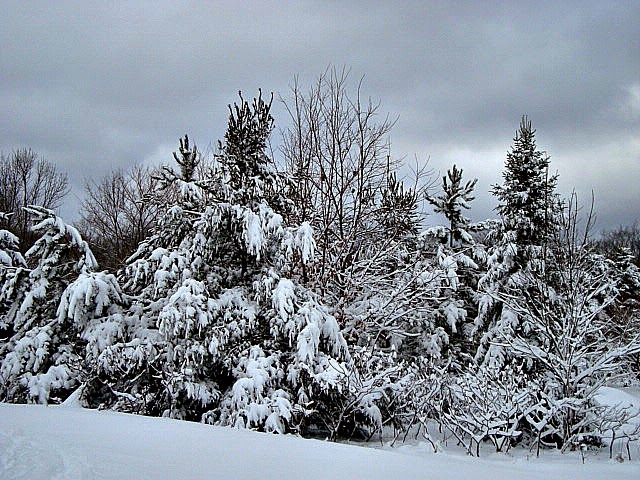 In northern Michigan this winter's weather, the winter of late 2014, is one for the history books.  Beginning in the second week of November more than a foot of snow covered the ground; even prompting a snow day or two for area schools.  These past several weeks fog, mist, rain and gray cloud cover have persisted. Bare ground, brown grass and sand, are showing in most areas.  It hardly looks or feels like a traditional Christmas Eve.

Each late night when Xena and I walk around our neighborhood, as the fog casts a hazy veil everywhere, a certain song has persisted in my mind.  I keep thinking of a story about a Christmas Eve long, long ago when Santa needed help to find his way around the world on his epic sleigh ride.  This year, 2014, marks the 75th anniversary of Rudolph The Red-Nosed Reindeer (Little Simon, an imprint of Simon & Schuster Children's Publishing Division, September 30, 2014) written in 1939 by Robert L. May.  This edition has been illustrated with lush, rich pictures by Antonio Javier Caparo,

a Cuban-born illustrator and designer 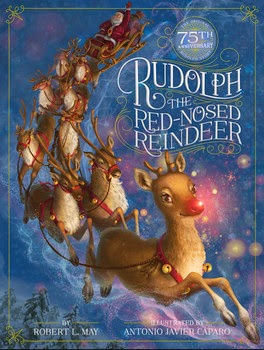 'Twas the day before Christmas, and all through the hills
The reindeer were playing, enjoying their spills.

While every so often they'd stop to call names
At one little deer not allowed in the games.

Rudolph is aware they speak the truth but their teasing breaks his heart.  Being alone is never fun but today of all days he has hope in his heart.  He knows he has been good.  He knows Santa has noticed.  He falls asleep with a smile on his reindeer face.

Up at the North Pole Old Saint Nick sees the thick layer of fog descending.  He determines they will need to fly slow and low using the lights from homes and streets to direct them.  It is as tricky as he expects.  They nearly hit a plane hurrying to its destination.

As the clock ticks toward midnight more and more homes are getting dark.  Soon Santa is working not quite up to speed wondering how he will be finished by morning.  When he arrives at the home of the deer he barely finds the chimney.  He bumps and thumps his way from one dark room to the next until he opens the door to see Rudolph snuggled in bed.  When he leaves Rudolph's room again walking in the dark, an idea lifts his attitude from gloom to grin.

Rudolph is amazed at Santa's request but does not hesitate.  With lightness to his step he takes his place to lead the way.  All through the night his nose gives them the right amount of light.  In each girl's and boy's room Rudolph's glow helps Santa to give the right gift to all.

At sunrise Rudolph and the other eight pulling Santa in his sleigh return to his home.  All the other reindeer have gathered to greet the hero of the Christmas Eve flight.  Santa sings his praises and Rudolph gives a short little speech,

Merry Christmas to all, and to all a good night!"

I don't know about you but tonight, on this night of nights, I will be looking for the red glow of Rudolph's nose.


In Chicago back in 1939 Robert L. May was a catalog copy writer for the company Montgomery Ward.  He was asked by a department head to write a little booklet which could be given to customers at the store.  At the time his wife was fighting a losing battle with cancer.  His only child, a daughter, was nearly five years old.  Her love of deer at the zoo was the spark for using reindeer in the story.

I can only imagine how on a night like this Christmas Eve with fog coming in from Lake Michigan, May decided to give this deer wanting to pull Santa's sleigh a bright red nose.  (You can read his story about the idea for the book published in The Gettysburg Times, December 22, 1975.) When he first read his finished work to his daughter, Barbara, and her grandparents, their response told him all he needed to know.  The text in this 75th anniversary edition is nearly the same as the original with some words changed and a few verses omitted to make it slightly more contemporary.  To hear the original read by Robert L. May's daughter and to listen to an interview she gave at NPR Morning Edition last year on Christmas day follow the embedded link.  The original sketches and layout for the book can also be seen there.

"And you," he told Rudolph, "may yet save the day!
Your bright shining nose, son, can show us the way.

I need you, young fellow, to help me tonight,
To lead all my deer on the rest of our flight."

And Rudolph broke out into such a big grin,
It almost connected his ears and his chin!


All the magic and peace of a Christmas Eve night is apparent in the illustration spanning the dust jacket and book case as rendered by Antonio Javier Caparo.  Raised silver lettering adds a finishing touch on the jacket.  To the left a snowy owl flies over an evergreen forest.  I can almost hear the harness bells ringing as Santa calls out a greeting.  Both the opening and closing endpapers are done in the midnight blue used in the jacket and case backgrounds.  A wintry landscape with two squirrels poking up through the snow as a deer stands behind a cluster of trees graces the verso and title page.

Fifteen double page visuals enhance the narration with seven single page pictures.  Some extend edge to edge; others are outlined in glided scroll work as seen on the dust jacket and book case.  Those pictures taking place in the forest are like walking through the woods; animals featured other than the reindeer are characteristic of the extreme northern region.

There is a majestic, old world quality to these illustrations with particular attention given to details (excellence is in the details).  A close-up of a chair in Rudolph's room shows a snow globe with Santa, a tiny toy airplane, a ruler, pencil and paper with a note to Santa on the seat.  On the next page we look from the outside through a circular window framed in knotty wood at Rudolph sleeping.  You can't help but smile as you look at Santa dressed in wool from head to toe, blanket across his lap, sitting in his chair with the bustling elves around him getting the presents ready.

Caparo shifts his perspectives giving us breathtaking landscapes and heartwarming personal peeks.  A full color palette making use of shadow and light create remarkable scenes.  His Santa faces are wonderful.  I love that he has him wearing red tennis shoes.  Careful readers will notice the compass hanging from Santa's pocket.  You should see the room of the boy who loves flying and rockets; pictures on the wall, mobiles, his bed spread and a drawing in his hand as he sleeps reflect his passions.

One of my favorite illustrations is a double page image of Santa talking to Rudolph about the foggy night.  Their two faces are filled with pure joy; the one for actually seeing Santa in front of him, the other for knowing he has a solution to his problem.  It truly is a moment to go down in history.


Even if you already own a copy of Rudolph the Red-Nosed Reindeer written by Robert L. May, you need to make sure this edition illustrated by Antonio Javier Caparo finds a place on your personal and professional book shelves.  This lyrical rhyming charming story of a reindeer who finds his way by guiding Santa's sleigh is marvelous.   I've been smiling the entire time I've been writing this blog post.  I can also hardly wait to walk Xena on this foggy Christmas Eve.

Please visit the website of Antonio Javier Caparo to discover more about his additional illustrations.  You will be pleasantly surprised at how much of his artwork in which you are already familiar. The publishers have provided an eight page activity guide.

I wish all my readers a wonderful holiday evening.