Since 2014 I have joined others in participating in a Nonfiction Picture Book Challenge hosted each Wednesday all year at educator Alyson Beecher's Kid Lit Frenzy.  For the final Wednesday of this year, I am going to briefly talk about nonfiction picture (sometimes a bit longer) books published in 2018 which are still on my to-be-read stack.  I have listed them in order of publication date.  I have provided links which you may find valuable.  Like my stack of 2018 middle grade books to still read, I will not abandon these fifteen titles.  Four will be selected to highlight the first four weeks of 2019. 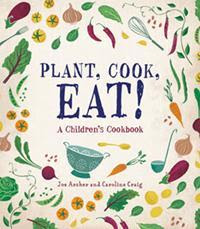 This culinary delight is divided into an Introduction, What Parts of a Plant Do We Eat?, The Miracle of a Seed, How Do Plants Reproduce?, What Do Plants Need to Help Them Grow?, Soil and Compost, What is Garden Compost, Tools and Equipment, Preparing Your Vegetable Patch, Sowing Seeds Indoors, How to Sow into Pots, Sowing and Planting Outside, Everyday Gardening Tasks, Wildlife in the Garden, Garden Pests, Healthy Eating, Get Ready to Cook, Let's Get Started (this shows how to plant a particular food followed by a recipe,), Further Information, Glossary, and Index.  The growing of sixteen foods is discussed.  There are spot illustrations and plenty of photographs. 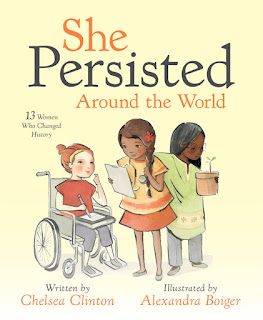 She Persisted Around the World: 13 Women Who Changed History (Philomel Books, an imprint of Penguin Random House LLC, March 6, 2018) written by Chelsea Clinton with illustrations by Alexandra Boiger 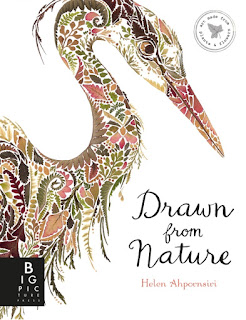 This book is divided into four sections according to the four seasons beginning with spring.  In this season our attention is drawn to eight aspects of this awakening.  In summer we explore In The Meadow, Swallows Swooping, Crickets Chirping, In the Reeds, Glorious Green Leaves, Buds & Bees and Summer Nights.  Six elements of autumn and six elements of winter close the book.  On every page turn exquisite illustrations are formed from pressed petals and leaves.  Most of them are on white backgrounds but the several on black canvases are stunning.  There is a note from the artist and a glossary. 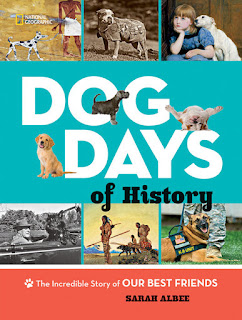 My personal copy of this book is buried under one of many stacks in my home or maybe Mulan has it hidden but Alyson Beecher featured it at Kid Lit Frenzy.  Sarah Albee is interviewed by author Deborah Kalb.  The book trailer is premiered by John Schumacher, Scholastic Ambassador of School Libraries, on his blog, Watch. Connect. Read.

UPDATE:  I found it!  The titles of the chapters are Barking Up the Family Tree, No Bone Unturned, Mastiffs, Mutts, and Mad Dogs, Tough Times, Ruff Times, Enlightenment Dogs, Who Let the Dogs In?, Ad Dogs, Clad Dogs, Sad Dogs, and Fad Dogs, War Dogs and Cold War Dogs, and Nice Work.  In an afterword Sarah talks about What Dogs Have Done for Us?.  She also adds A Note About the Research, an author's note, select bibliography (3 pages), Rufferences, To Dig Up More Sources, To Sniff Out Places to Visit and an index. 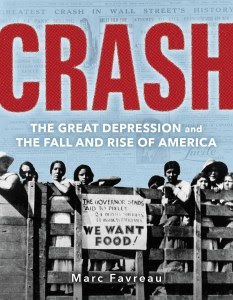 Crash: The Great Depression and The Fall And Rise Of America (Little, Brown and Company, April 10, 2018) written by Marc Favreau (The publisher link contains a podcast chat with the author.)

The book is divided into four parts: Fall, Rise, Setback and Victory.  There are ten chapters in total.  Acknowledgments, Source Notes, Bibliography, Selected Primary Sources, Timeline Of The Great Depression, Great Depression Glossary and Index are included at the conclusion.

Marc Favreau chats about his book at the Nerdy Book Club and at YA and Kids! Books Central.

(My parents were nine years old when the Stock Market crashed.  They wouldn't talk about it much but their practice of having multiple items of certain staples on hand has stayed with me.  Let us learn from history.) 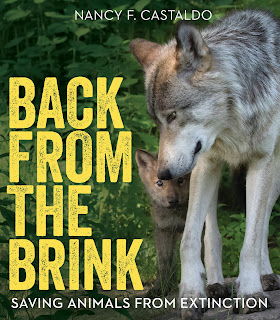 Full-color photography supports chapters on preservation, whooping cranes, wolves, bald eagles, giant Galapagos tortoises, California condors, American alligators, and American bison.  There are seven pages following The Call To Action.  After this are resources to watch and read.  There are organizations to join and websites to visit.  You are invited to explore.  Back matter further includes notes and a bibliography, glossary, acknowledgments and an index. 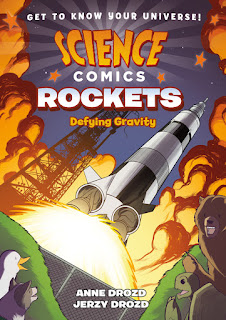 This promises to be another stellar entry in a wonderful nonfiction series.  This team discusses What Makes Rockets Go, Rockets As Entertainment, Rockets In Warfare, Rocket Inventors, Rockets In The Space Race, Rockets In Exploration, and The Future Of Rockets.  These seven chapters of exciting panels populated by talking animals and people are followed by a timeline, glossary, further reading and acknowledgments. 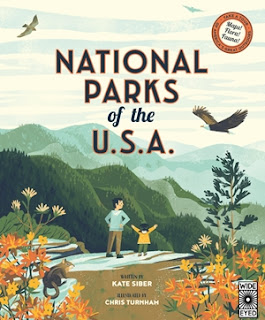 National Park of the U. S. A. (Wide Eyed Editions, June 21, 2018) written by Kate Siber with illustrations by Chris Turnham

The book begins with a table of contents which is a map of the United States.  It is divided into seven sections.  Each section is given a portion of the book.  A more detailed map of each section shifts focus to the national parks in those areas.  The flora and fauna, physical features and points of interest are placed over two pages.  The illustrations, design and layout are fantastic.  You'll probably need more than one copy of this title. 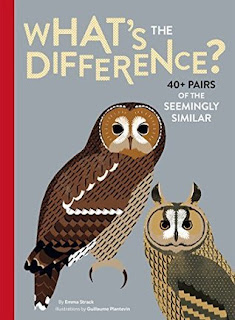 What's The Difference?: 40+ Pairs Of The Seemingly Similar (Chronicle Books, July 10, 2018) written by Emma Strack with illustrations by Guillaume Plantevin

With sections titled Animals, Food & Drink, Geography, Fashion, Human Body and City comparisons are made.  There are 42 in total.  Some of the pairs are deer and reindeer, noodles and pasta, tornado and hurricane, tights and stockings, vein and artery and newspaper and magazine.  An index is provided.  For each duo there are large images on each of the two pages with three small circular pictures beneath these pictures. 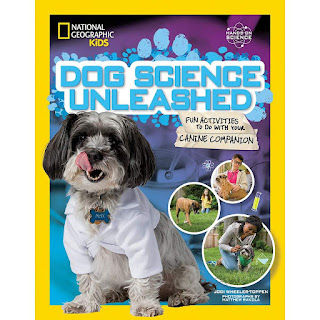 Dog Science Unleashed: Fun Activities To Do With Your Companion (National Geographic Kids, August 7, 2018) written by Jodi Wheeler-Toppen with photographs by Matthew Rakola

Lucky readers learn about Sniffing Out Senses, Fit Fido, Clever Canines, and Pampered Pooches.  Within those chapters there are wonderful revelations.  For example under Fit Fido we are educated about the portions of a dog's body used for exercise, how to calculate how much blood is flowing and record your dog's heartbeat, fashion a tool for listening to their heartbeat, how to take their respiration rate, record how exercise affects our canines, experiment how their four feet work together, explore how they drink plus an in the LAB section.  There is an in the LAB section in each chapter. 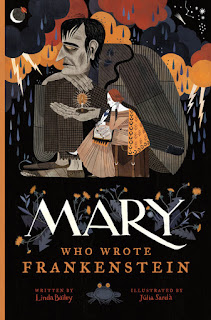 This title is a 2018 Booklist Editors' Choice & Top of the List, Publishers Weekly Best Children's and YA Books 2018, and a New York Public Library Best Books for Kids 2018.  There is a lengthy three-page author's note. 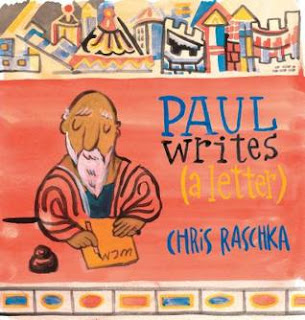 It's not often there is a book accessible to children focusing on a specific facet of a religious faith.  Chris Raschka focuses on the Christian Paul the Apostle and letters he wrote. For each letter Chris Raschka makes a reference to the exact verses found in the Bible.  His hand lettering and images of the Apostle are beautiful.  Here is a link to a free digital poster. 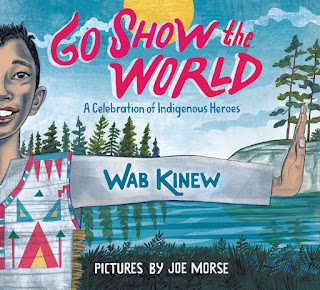 Go Show the World: A Celebration of Indigenous Heroes (Tundra, September 11, 2018) written by Wab Kinew with illustrations by Joe Morse 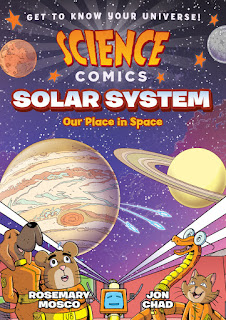 We are taken through the solar system with an Introduction, Takeoff, The Sun, Mercury, Venus, Earth, Mars, Leaving Mars & Asteroid Belt, Jupiter, Saturn, Uranus, Neptune and Beyond Neptune. An engaging cast of characters, animal and human, present facts and entertain in a wide range of full-color panels. 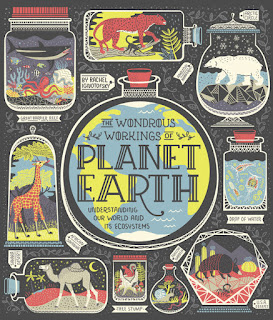 The Wondrous Workings Of Planet Earth: Understanding Our World And Its Ecosystems (Ten Speed Press, September 18, 2018) written and illustrated by Rachel Ignotofsky

This intricately detailed volume in words and illustrations has section headings of Introduction, Levels Of Ecological Organization, Biome Map, What Is An Ecosystem?, The Flow Of Energy, The Classification of Living Things, How Living Things Interact, What Makes A Healthy Ecosystem, Succession, Microecosystems, Microscopic Ecosystems, North America, South America, Europe, Asia, Africa, Australasia, The Polar Ice Caps, Aquatic Ecosystems, The Cycles Of Nature, and Humans And Planet Earth.  A glossary, sources, acknowledgments and index are supplied. 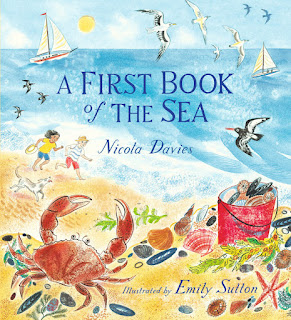 A First Book of The Sea (Candlewick Press, September 25, 2018) written by Nicola Davies with illustrations by Emily Sutton

In a series of informational poems found in Down By The Shore, Journeys, Under The Sea and Wonders we travel and explore the sea.  Some of the poem titles are Sand Castle, Lighthouse, Shore Crab, Limpets, Sargasso, Bottom Trawling, Flashlight Fish, and Shipwreck.  Emily Sutton's illustrations are stunning, including a gatefold.


I've never been very good at sticking to a set number when making a list and truthfully Mulan insisted I add this title.  It is a middle grade novel, fiction based upon historical fact. 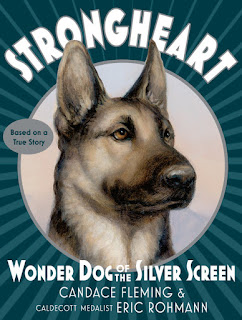 Strongheart became a silent movie star of considerable fame in the 1920s.  In this 245 page book on matte-finished paper larger text is interspersed with the artwork of Eric Rohmann.  This promises to make this a fast and engaging read.  Candace includes a lengthy The Truth Behind This Tale, two pages of actual photographs, a bibliography and notes at the conclusion.  This is a A New York Public Library Best Book of 2018 and A Chicago Public Library Best Book of 2018.