In 2008 author/illustrator, Kathryn Otoshi, published a book titled One that continues to garner praise. Paint brushed circles of blue, yellow, green, purple, orange and red splash across a stark white page inviting the reader to lean in, to hear what needs to be heard. 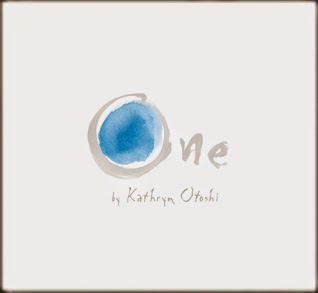 Blue loves being blue; looking at the sky, floating on the waves, splashing in puddles although sometimes, just a little, wishes to be more like each of the other colors except for Red. Red makes Blue feel smaller and smaller with his mean words. When Red is cruel the other colors are silent. Their makes him bigger and bigger. Fear born of silence gives bullies power. Then everyone felt...a little blue.

But not so with the number One. One has the courage to stand tall and say no to Red. And that courage spreads color by color changing those circles until their numbers grew; even Blue.
Readers visualize tolerance, forgiveness and why sometimes it just takes One.

Two weeks ago Zero, companion to One was released. Silent, singular, solitude and sadness are words that come to mind when readers first see the black cover with raised silver letters that Kathryn Otoshi has designed for this volume. The story opens with: Zero was a big, round number. When she looked at herself, she just saw a hole...right in her center. She longs to count like the other numbers. But how could a number worth nothing become something? 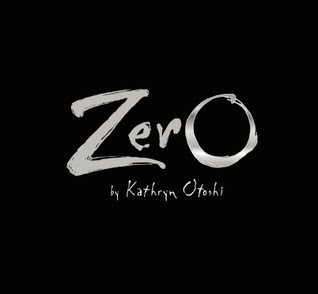 Why can't she have fun like the other numbers? Trying to change her shape to imitate them just doesn't work. At her lowest moment it's Red, now the number seven, that offers advice which alters her perception and thinking. Zero realizes that together we are able to add value to one another. And that can, right in our center, make us feel whole.

Kathryn Otoshi is a truly gifted author/illustrator offering readers of these two books lasting insight into how we should relate with one another. Her choice of colors and numbers, simple in themselves, are profound in the messages that they convey. Please visit her publisher's web site.